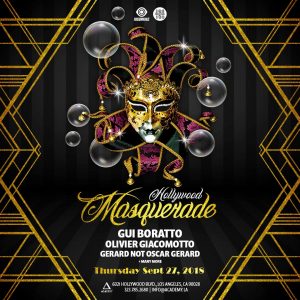 Born in 1974 in São Paulo Brazil, Gui Boratto, architect, musician, composer and producer initiated his career in the advertising sector in 1993. From 1994 until 2004 he performed various works for countless record labels both national and international, such as EMI, Virgin, Irma, BMG, Edel, Vidisco, ZYX, among others.

Gui Boratto is A&R and one of the owners, with his partner and brother Tchorta, of the Brazilian independent label, Megamusic, distributed by Trama.
From 2005 he began to dedicate himself to his own productions and compositions, displaying to the public an authoral and more personalized side to his abilities. With countless licenses with respected European labels, such as Plastic City, Circle, Kompakt, Audiomatique, among others, Gui Boratto has managed to appear in the chart and playlists of people like Michael Mayer, Tiefschwarz, Steve Bug, Phonique, Martin Landsky, Hernan Cattaneo, among others.

With respect for his talent growing in the world scene, Gui Boratto is a name to look out for on the Brazilian house, techno and minimal scene.

International DJ, charting producer, in-demand remixer, Beatport Music Awards nominee, Olivier Giacomotto is a proven integral player of the electronic music scene. He first got into production in 1999 working as producer assistant at Townhouse Studios in London, then went back to France with enough experience to start a career of music composer. His tireless need to evolve and grow as creative entity and forward thinking artist always forced this Paris based composer to constantly seek a new musical excitement. Therefore Olivier naturally crossed musical genres and trends always keeping an eye on the original definition of the underground.

In the last 10 years, he progressively found his path into techno, house, electro, tech-house, deep house, and forged his success with constant appearances in the highest ranks of the Beatport charts, the biggest online music store specializing in electronic dance music. His own solid productions and few special collaborations with major artists such as John Acquaviva, Umek, or Popof, have been released on famous labels like Get Physical, Suara, Noir Music, Definitive Recordings, Plus 8, Great Stuff, Toolroom, or Knee Deep In Sound.

On stage and in front of a crowd, Olivier gradually earned the trust of the most famous venues demonstrating his talent with an undoubtable versatility, and adaptability, always injecting groove and funk inside an inspired blend of electronic flavors. For that reason his name appeared as headliner of major events around the world such as Privilege in Ibiza, Rex Club in Paris, Ministry of Sound in London, Womb in Tokyo, Fabric in Madrid, Pacha in Sao Paulo, Weekend in Berlin, X2 in Jakarta, Zona in Moscow, Sensation White in Cali, or Kabbalah Festival in various cities of Brazil, to name a few…

His unwavering determination to push boundaries sets him apart from the others and his creativity span far beyond the music that’s brought him to international acclaim. Between the hits, Olivier composed several songs for mainstream artists and regularly sells tracks for top-selling video games or Hollywood box office movies : the multinational developer and publisher Rockstar Games licensed four of his tracks for their racing game Midnight Club Los Angeles. Olivier also produced for pop and reggae artists Terry Lynn and Tom Frager. One of his productions for Terry Lynn titled «Stone» was licensed for the soundtrack of Hollywood box office hit «Date Night» with Steve Carell, Tina Fey, and Mark Wahlberg, and «Give Me That Love», coproduced with Tom Frager on the major global music company Universal, have been charted during 2 weeks in the French TOP50 selling thousands of Singles and albums. Always a step ahead, Olivier recently showed once again his unique ability producing an entire movie soundtrack for the US film « The Red Man ».

Partner of the iconic John Acquaviva, they currently co-run the independent music label Definitive Recordings. Launched originally in 1991 by John Acquaviva, Richie Hawtin and Karl Kowalski, Definitive established the housier side of the electronic empire that Hawtin and Acquaviva started with Plus 8 Records in 1990. Definitive’s style of house music was the dominant sound of mid-west North America, being played in raves and after-hours parties everywhere. History has been kind and holds in high regard seminal anthems like « House 4 All » by The Blunted Dummies, « Do Da Doo » by Robotman and « Get House » by Calisto, with the tracks still getting heavy play and licensing action from the industry’s leading lights. After a hiatus in the late 90s, John Acquaviva relaunched Definitive in 2005 including Olivier Giacomotto as his main artist and partner, giving focus to seeking and presenting the latest emerging sounds and talent to the world via a reputable, consistent, and trust-worthy platform.