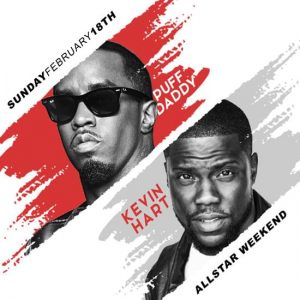 Music has always been at the heart of his career. He is a recognized producer, solo artist and performer, who has produced chart-topping hit songs for music superstars including Aretha Franklin, Sting, Jennifer Lopez, Mary J. Blige, Janet Jackson and the Notorious B.I.G. Combs, has also released four multi-platinum albums and won his third Grammy Award for the #1 song “Shake Ya Tailfeather” from the Bad Boys II soundtrack, which he executive produced. In 2006, Diddy released Press Play, his hugely anticipated follow up album which debuted at the top of the charts awarding him the number one album in the country. In 2011, he released his sixth studio album, Last Train to Paris featuring his new group Diddy-Dirty Money which received critical acclaim. Marking his return to producing hit albums, Sean served as co-executive producer on Mastermind, the eagerly awaited album from rap superstar Rick Ross this year.

Sean’s success in music has translated into a collection of business including the screen. With television, Diddy and MTV have always had a special relationship beginning with his famous videos and show stopping VMA performances. In June 2003, Diddy teamed up with MTV to find the next big hip hop group with Making the Band II which aired for three seasons. Diddy brought a new installment of the now hit show with Making the Band III in spring 2005, when he was in search of an all girl group. Diddy has also entered into a first-look, overall production agreement for future television projects with MTV which to date includes the mega-hit show, Run’s House. Combs will continue to provide executive producer services in connection with developing, supervising, producing, consulting and possibly appearing on potential MTV branded programming. Furthermore, Sean’s television ventures also include HBO. In June 2005, the series “P. Diddy Presents the Bad Boys of Comedy” premiered which featured the hottest up-and-coming urban comedians performing in front of a live audience.

Kevin Hart was born in Philadelphia, Pennsylvania, on July 6, 1979. Raised by his mother, Hart began working as a stand-up comedian shortly after graduating from high school, eventually migrating to bigger clubs in New York and Los Angeles. In 2006, he released his first stand-up album, I’m a Grown Little Man.