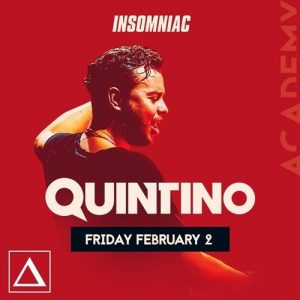 At a young age, Quintino was discovered by house music mastermind Laidback Luke who was impressed by Quintino’s precision and unrivaled ability behind the turntables. Quintino will always bring good vibes and a lot of energy with his sets. After conquering the Dutch club scene, the young DJ started making big steps. In 2011, Quintino released ‘Epic’ with Sandro Silva which became platinum. This was the start his successful international DJ career. Since then, Quintino’s club bangers have been played all over the world.