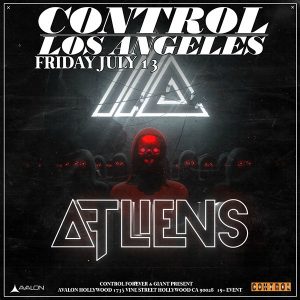 Fresh off their latest “Invasion” EP, the formidable duo has been on a hot streak of releases, all leading up their tour. These two have already collaborated with legend in the industry Bassnectar on ‘Interlock’ which showcases their production versatility as well as forward thinking sound. After their 6 track EP was released, less than a month later they wasted no time assembling a 16 track remix package for the ‘Invasion’ EP including remixes from YDG, Francis Derelle, Lil Texas and many more.