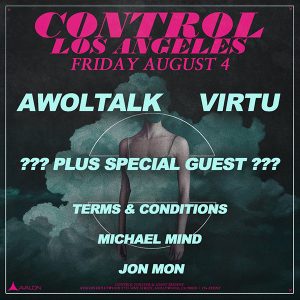 Awoltalk– Up and coming producer Awoltalk is taking over the scene of trap and future bass, his tunes see heavy-hitter support from major labels like Dim Mak and Mad Decent. With an official remix of Max Styler, Luciana and Devault’s “Gold” out on the former, Awoltalk is one to watch in the electronica scene. After receiving hat tips from big names including Party Favor and The Chainsmokers, Awoltalk’s recent original release “Red Handed” featuring NKOLO has amassed over 58k Soundcloud spins to date.