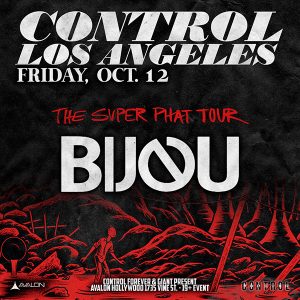 BIJOU began his career as a DJ and Producer in Phoenix, where he dominated the Arizona music scene for quite some time before gaining attention from people all over the country. He began furthering his career in cities like New York, Las Vegas, and Seattle alongside the likes of artists such as Pete Tong, Destructo, Alex Metric, and many more.