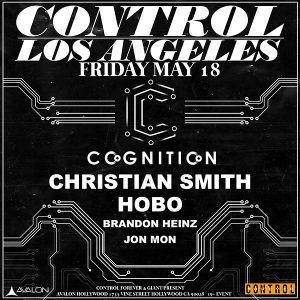 Christian Smith has been laying down some of the best techno since his emerge around 1997. Being from San Paulo Brasil, Christian was exposed to many different sounds at a early age. Founding his label ‘Tronic’ early on in his career, he got to really mold some young talent as well as learn from them.