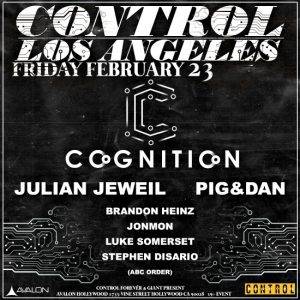 Julian Jeweil, a french artist based in southern France and Berlin, found his signature sound through his various productions and live sets, all characterised by a melodic style of techno. The adventure begins in 2007 when he releases his first hit “Air conditionné” which quickly ranks #1 in Beatport sales. In 2010, Julian signs with two prestigious labels : Cocoon (Color EP) featuring Soho the #1 track of the techno top 100 and Plus 8 Records (Babou). The same year, the Techno Corner EP is released with Form, his friend Popof’s label and a remix is commissioned by Moby (Stay Down). In 2011, Julian confirms his standing in the Techno scene by releasing his second EP with Plus 8 records (Hermanos Ep)

In 2012, he releases his third Ep with Plus 8 Records (Bastard EP) featuring 5 tracks (Bastard, Hey You, The Gang, Zoulou and Kanji) both played and supported by the greates artists out there.Julian starts 2013 the best way he ever could have, with two remixes for the prestigious artists Deadmau5 & Pan-Pot, both chart #1 in the Beatport techno top 10, followed by an excellent Ep with Form (Mad EP) which immediately seduced a significant number of listeners.

Julian also signs 3 releases with “Minus”, Richie Hawtin’s renowned label.
His first release is “Yoko”, a track featured on the Minus’ minMax compilation, bringing together several of Minus’ artists such as Gaiser, Matador, Hobo and many others.
The first EP with Minus is the “Don’t Think Ep” featuring three tracks : Don’t Think, Boom & Flexx.
This EP is met with critical acclaim and “Don’t Think” climbs its way up to 1st place in the Beatport top 100

2016 marked another outstanding year for global trotters Pig&Dan. Both behind the decks and in the studio they’ve proved that their momentum is constantly on the rise. They’ve had a year playing the worlds most famous venues and celebrated a #1 in both the overall and Techno genres on Beatport with their smash hit “Growler”. Pig&Dan also released the album “Modular Baptism” on their own label ELEVATE and was hailed as a true reference to their unique sonic diversity. After the albums release it shot straight to #1 on the Beatport release charts and stayed there for a very long stint.

Other highlights this year included the “Mexico” EP on Adam Beyer’s Drumcode which celebrated yet again top ten hits, plus the honour of compiling and Mixing the final Space Ibiza compilation CD along side DJ legend Carl Cox. Also their latest collaboration with Techno Queen Monika Kruse on her own imprint Terminal M smashed up the Beatport charts once again. Currently the dynamic duo are once again celebrating top ten on Beatport with their remix of Kollektiv Turmstrasse’s hit track “Sorry I’m late” which gained massive support from industry leaders such as Solomun and the prolific Maceo Plex…

Pig&Dan have experienced a year of even more incredible moments meeting so many inspiring people whilst playing at festivals from the epic Tomorrowland along side Deadmau5, Adam Beyer and Eric Prydz, to Nocturnal Wonderland in California with Anna, Matador and John Digweed. Plus playing amazing clubs such as the incredible Ushuaia Ibiza along side Solomun at his +Live event and New Yorks Techno Haven “Output”Saying this perhaps the biggest highlight of the year was spinning at final Space Ibiza opening party. The Future is super bright with upcoming collaborating ready for release with headline artists Adam Beyer, Hosh, Harvey Mckay, ANNA and Stephan Hinz to name a few, and shortly we will all experience yet another Drumcode release that should be big. Pig&Dan are all about the Music, pushing that musical envelope by having a recognisable sound without boundaries, plus are renowned for supplying the crowd with a unique smiley faced experience to remember…