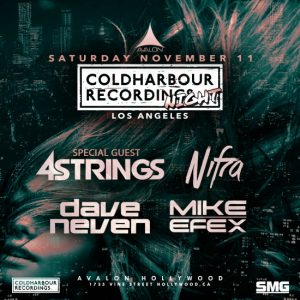 Behind the name 4 Strings hides 2 musicians, Carlo Resoort and Jan de Vos. The two have known each other since 1986. In 1990 they became interested in dance music and from that moment on, they started producing their own music. All their spare time was spent in the studio. Throughout the next couple of years not only did their skills expand but also the amount of equipment in their studio. With the new tools and experience that they had, they could finally discover in which direction they wanted to go with their musical careers: Carlo decided to stay in the studio while Jan found his passion in mixing and started his DJ-ing career. Jan met up with Piet Bervoets (Carlos, ROOS and Rank 1). Piet taught him the basics of mixing. After a couple of months, Jan joined a drive-in-show, where he played all kinds of music from R&B, Top 40 to Happy Hardcore. His skills were improving rapidly, and it was during this time period he noticed that his main interest was in dance music. After winning a first place prize in a DJ contest, he was offered his very own residency. Carlo Resoort started with dance music in 1994, and soon after that he had his first release. After a couple of releases he had his first major breakthrough: “Carlos – the silmarilla”, produced together with Piet Bervoets of Rank 1. Two years later he had another hit with “Turn it around”. Around this same time, a new record company was born, “Spinnin Records”. Shortly thereafter Carlo signed his first record deal and 4 Strings was born.”Daytime” was the first track of 4 Strings, supported by Paul van Dyk, Judge Jules and Tiesto. The follow up was “Into the night”, which got even more support. After a vocal edit called “Take me away” it became a huge hit around the globe, even now the track can be heard worldwide.

Born in Slovakia, Nifra, AKA Nikoleta Frajkorova, has been engulfed in music since an early age. She started gaining interest in electronic music in her late teens, and went on to create amazing dance music which gained the attention of Coldharbour label head Markus Schulz. The producer/DJ went on to release fresh music with Coldharbour Recordings and tour the world with Schulz, while continuing to create her own tasteful brand of progressive house fused with melodic synth work and kicking percussion.