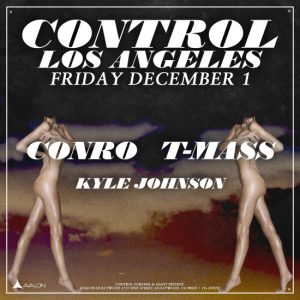 Canadian producer Conor Patton, better known as Conro, was always destined to make a name for himself as a musician. Born into a musical family, Conro started playing violin at the tender age of seven, and later went on to play in a local orchestra. A burning desire to spread his talents soon took over, as he took up piano, guitar, and the drums, passions that continue to glow bright to this day…

T-Mass is an EDM producer and DJ from the SF Bay Area who is carving his name into the trap genre. He is known for making dubstep and trap that blend thoughtful melody with hard-hitting bass, and for talking with his fans at every opportunity. He makes viral facebook videos and drops songs that blow up soundcloud charts. He’s a Discovery Project winner and has played at Insomniacs Beyond Wonderland twice. A real Trap Lord in the making with no signs of slowing down.