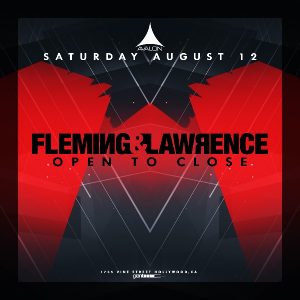 John 00 Fleming is an artist who has achieved international success in a career spanning over 20 years without dishonouring his musical essence or fans. With over 10 million album sales and 30 produced mix compilations, John’s a proven musical pioneer whose essence lies in what his fans call, ‘the J00F sound’. The J00F sound is as unpretentious as the artist, and is best described as deep and textured progressively edged trance, in an electronic dance music style that is an antithesis to what is normally produced within the genre. In an industry rife in self worship and mirror gazing, John is characterised by a passion and ability to connect audiences by injecting his unique underground musical style, and not his ego, into the mainstream vein. This connection has manifested in ten mix compilations and five singles in the UK Top 40 charts on iconic labels: Virgin, EMI and Warner Music. It has also seen him headline major events worldwide, seeing in over 10,000 appearances at the likes of; Ministry of Sound, Gods Kitchen, Avalon and Global Gathering, through to Holland’s Dance Valley, Serbia’s Exit Festival, Brazil’s Exxxperience, Australia’s Future music festivals, Belgium’s Tomorrowland, and the U.S.A’s Electric Daisy Carnival (EDC). John’s renown lies in his desire to give back to his fans. His much lauded 2010 BBC Radio 1 Essential Mix has spawned J00F Editions, an international tour which innovatively refocuses the music onto the club and its clubbers. J00F Editions resurrects the scene of old, and reintroduces the clubbing experience to extended sets, new sounds and new artists to deliver a true musical journey devoid of fluff and predictive cliché that has quickly gained international respect, residencies and support from other leading figures such as; Dave Clarke, Dave Seaman, Sister Bliss, Avalon, Passion and Ministry of sound. JOOF Editions has been a huge success touring over 160 venues in the last three years.

A dance music legend with a career spanning twenty years, Pharmacy Music founder Christopher Lawrence is one of the world’s most respected DJs and producers. His tough live sets, innovative productions, and unwavering commitment to underground trance has earned him the respect of industry and fans alike. An IDMA’s Best American DJ winner, he has been described by DJ Mag as “One of America’s most influential DJs”.