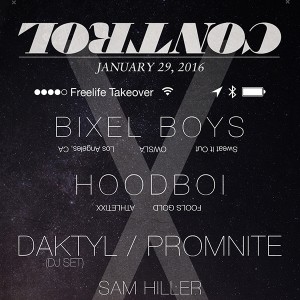 Bixel Boys – The underdog mentality that has kept a chip on Bixel Boys’ shoulder might soon be a thing of the past. After playing an array of what can be loosely defined as ‘dance’ tunes at mega festivals like Electric Daisy Carnival Las Vegas (Twice), HARD Summer, Something Wicked and IleSoniq as well as headlining some of the worlds best clubs such as Exchange and Sound (LA), The Mid (Chicago), Webster Hall, Verboten, Slake (NYC), and Grand Central (Miami). They have also done featured mixes for Thump’s MIXED BY, Nina Las Vegas’s Triple J mix, Discobelle, Nest HQ and Power 106’s Powertools. When they touched down for an Australian tour as complete celebrities, they knew it was time to shed the underdog mentality and strive for something bigger. Witnessed through their diverse releases on labels like Sweat It Out!, Armada, Dim Mak, Main Course, and Nervous, Bixel Boys have dabbled in everything from experimental bass music to bouncy house jams, along with 70’s rock, 90’s hip hop and Berlin techno. With support from A-Trak, Fedde Le Grand, RL Grime, TJR, MakJ, Treasure Fingers, The Crystal Method, What So Not, as well as an iconoclastic mantra, #FREELIFE, as the backbone of their movement, Bixel Boys are not only a force behind the decks and in the studio, but also in the community.

Hoodboi – Hoodboi is the persona of LA-based DJ/producer Roger Schami. Beginning in early 2014, He gained widespread media attention with his club edits of 90’s throwback anthems. Since then, Hoodboi’s toured across the globe with world-renowned DJs such as A-Trak, Dillon Francis, and Flosstradamus, premiered his official Chromeo remix on BBC Radio 1, released his debut EP “Palm Reader” on Fool’s Gold Records, and collaborated with artists like Lido, Djemba Djemba, Sweater Beats, Alison Wonderland, DJ Sliink and many others. In 2015, he co-founded Athletixx, a DJ crew made up of himself, Falcons, Promnite and Kittens. They quickly picked up massive support with the release of their first mixtape and clothing line. With many more surprises along the way, Hoodboi’s future looks bright and filled with emojis.

Daktyl – Daktyl uses his multi-instrumentalist talents and diverse musical background to make insane beat driven grooves of a future bass sound which completely disregards the confines of a single genre. After a 32 date tour of the US and Canada with Slow Magic in 2014, Daktyl released an 11 track album on L.A. based label Mad Decent, making him one of the only British artists on their roster. The album, Cyclical was released on the 21st of April 2015 and reached #14 in the US Electronic iTunes chart. Following the release of Cyclical Daktyl was invited to play shows all over the world, including major festivals such as Hard Summer, The Mad Decent Block Party, Capitol Hill Block Party, What The Festival and more. Daktyl has been featured on Billboard, Noisey, Thump, Vice, TheSoundYouNeed, Do Androids Dance, Rinse FM, EDM.com , and many more. More recently he was given a coveted Artists To Watch title in Rolling stone magazine and was Zane Lowes Next Hype with his track Forgettable. He has also had remixes on Columbia Records, and has recently been invited to do guest mixes on BBC Radio 1 for Todla T, DJ Target and Diplo.

Promnite – As far as we can tell, Promnite’s driving motive as a producer is basically ‘seduce the whole club into cry dancing and/or making out’. Promnite quietly appeared on the ‘Cloud sometime late last year; quickly getting in-the-know DJs and music journos all excited – Electric Panda nailed the mystery surrounding Promnite: “I can’t even remember where I came across this stuff – but it’s pure gold”. If you’re up for some sexually-charged, sensual production, this is your dude. It’s no mistake that producer Promnite released his first 10-track mixtape, Love Songs For What? on Valentines Day. An offering that goes from mellow creamy electronic sounds to sexy 90s R & B flips to futuristic ghetto-house all in the same breath, featuring not one, but two, reworks of T-Pain – Promnite successfully turns the sensual slowness of T-Pain’s ‘Up Down’ into a Jersey Club-style, booty-shaking dancefloor anthem for bad bitches.