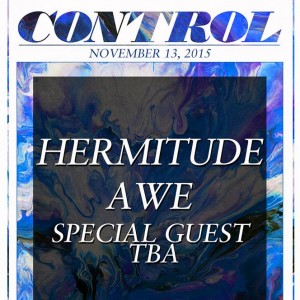 Hermitude – Over the course of 12 years they’ve released four albums, most recently the Australian Music Prize-winning album HyperParadise. With music in their blood, Hermitude formed in the early 2000s after playing live together in various bands from an early age. Their first EP was the vinyl-only Imaginary Friends, shortly followed by their debut album Alleys to Valleys. These were both released by the indie label Elefant Traks, the beginning of a long association between them. The sophistication of Tales of the Drift, their second album, earned the duo critical acclaim and a loyal fanbase. This was followed by the EP Rare Sightings in 2007 and a year later the more electronic Threads LP dropped. Shortly after the release, Elgusto and Dubs embarked on different creative projects, and while their live shows and recorded material were exemplary, the electronic trends were caught up in dubstep and other sub-genres. While Hermitude had no intention of chasing trends, the question of what to do next grew louder. The answer came in a revitalised energy between these two lifelong friends and a song called ‘Speak of the Devil’. The response was huge, landing it in the triple j Hottest 100 and winning the triple j Award for Best Video. Hermitude’s fourth album HyperParadise followed in early 2012 and, for the first time in their career, charted in the Australian Top 40. The accompanying tour quickly sold-out but it became apparent it was nothing compared to what was coming. Where once they were playing chilled-out side stages at festivals, they were now playing prime spots on the electronic and dance stages. It wasn’t long until they were main stage.