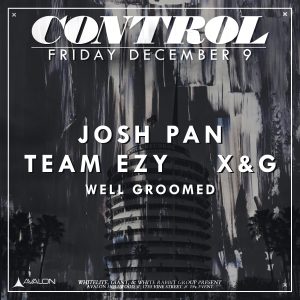 Josh Pan – The murky chasm of underground, independent dance music production is an intense blend of order and chaos. To the outside observer, there would seem to be a total lack of hierarchy or any real roadmap to guide them through the ripples and waves of new artists just breaching the scene. Soundcloud accounts with less than 50 followers can get thousands of plays in the first day of their releases, but good music isn’t always what initially draws the crowd in. In this community, aesthetic is everything. Within our blossoming and evolving global society, it’s very likely that most fans around the world will never have the opportunity to see these artists perform live. For most of us, the first and only impression we’ll ever get is through the Internet. Producers’ social media presence, posted images, and basic online presentation all become a reflection of their ideals and artistic approach. In order for the artist to truly succeed, and move upwards from the depths of Soundcloud, the entire experience of viewing them online must be immersive and gripping enough to make the average scroller want to stay and see more.

Team EZY – Few musicians on this planet are able to say that their debut offering is a collaboration with Skrillex on OWSLA, yet only one of them is also credited as the lead A&R for its release. Team EZY, aka Drew Gold, is this enigma – a producer and DJ born, raised, and living in Los Angeles whose decision to prioritize a focused future over fast fame has put him in a position unlike any of his contemporaries. The Team EZY moniker originally debuted as a duo for a senior project in high school. For the creative assignment, Drew and his buddy Sean translated their love of hip hop into a full album, spending long hours wailing away at their MPC with Drew also putting in his own verses over the top. Following high school, Drew moved to Denver for college where the unique vibes of experimental electronic artists like Pretty Lights and Bonobo infiltrated his musical psyche, synergizing with his hip hop roots and further directing his attention to the more bass-driven side of dance music. After moving back to LA, Drew got the call to drop everything he was doing to get on a bus tour with Skrillex, and while working numerous roles within the organization over the next five years, Drew travelled around the world, met a ton of people, and, ultimately, became a fully engaged student of dance music, gaining indispensible knowledge and experience for when the time came for him to define himself as an artist. And now is that time. Ask Drew Gold what Team EZY is, and he’ll tell you it’s a mentality. It’s a reflection of every city he’s been to, every innovator he’s befriended, even every mistake he’s made. Team EZY didn’t materialize overnight. Rather, Team EZY is a constant evolution years in the making, and his debut record, ͞Pretty Bye Bye͟, marks the critical next step in the project’s development. What should we expect musically from Team EZY now? Drew says, “I’m just going to create. I’ll always try to stay open, but it’ll always sound like me.”