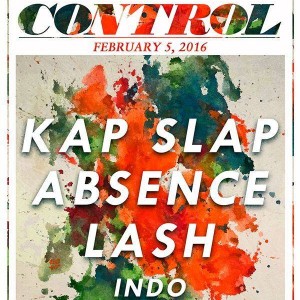 Kap Slap – Jared Lucas is a 25 year old DJ/Producer based outside of New York City. Initially recognized for his signature EDM/top 40 bootlegs that tailor to the college scene, Kap Slap now begins a new chapter of his career. Now that he has graduated from Lehigh University, Jared has the time and resources needed to pursue his dream and create his own original productions. His substantial fan base gained through mashups anxiously await his debut single, which is sure to exceed expectations. Having a younger sister with cerebral palsy and mother with breast cancer caused Jared to mature at an early age. He turned to music as an outlet for his creativity, mastering the guitar, bass, and drums and recording songs in his basement. Due to space limitations while pursuing his Integrated Business & Engineering degree at Lehigh University however, he was forced to bring this musical passion to the virtual world. Although initially started as a hobby, Kap Slap’s mashups procured for him his first gig by Junior year, 2011. He managed to finish out the year with an impressive 25 show tour while still a full time student, mastering everything about Ableton along the way. This flurry of success caused Jared to seriously consider his future career; should he play it safe and get a job like all of his friends or throw caution to the wind and dive into an industry that he knew almost nothing about? In the end he decided to produce music and tour the country full time, letting his passion for music fuel his life. Kap Slap approaches the transition to original production with both an appreciation for how far he has come as well as an unbridled anticipation for the auspicious future that awaits him. With his upcoming release on the horizon, he looks forward to establishing his musicianship to the world and bringing a frisson of excitement to his fans through dance music that connects people throughout the world.

Lash – Internet friends turned producers. Hailing from the Dominican Republic, Omar Andino & Kelvin Beat have been nationally recognized as two of the most prominent producers/DJs in all of the DR. While pursuing their solo careers they have each individually opened for a plethora of iconic names including Tiesto, Hardwell, Steve Angello, David Guetta, Nervo, and more. At just the young age of 19, these two are on a mission to put the Dominican Republic on the map.