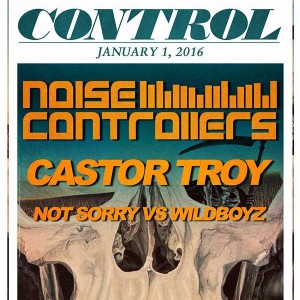 Noise Controllers – Noisecontrollers is a hard-dance act run by Bas Oskam. For nearly a decade, Noisecontrollers has been one of the leading acts in the Hardstyle genre hitting all major stages around the world. From an intense passion for music the producer behind Noisecontrollers, Bas Oskam, produces new music at conveyer belt pace. His succes is built on his unusual talent for producing music with a creativity and passion that is uncomparable to anything else. Constantly looking for new and different sounds and styles, he pioneers in creating innovative music and this way stays on top of the scene. Bas: “I have released over 100 tracks in various genres of dance music in the last couple of years. Words can’t describe how much Noisecontrollers and the process of creating music means to me, and how much it influences my life.” Noisecontrollers has been a Hardstyle act since the end of 2005 with Bas and Arjan. Noisecontrollers was conceived of with only one goal in mind: to bring Hardstyle to the next level. The public’s response to Noisecontrollers has been tremendeous since its very conception. Noisecontrollers are well-known for their rough pounding kicks and astonishing melodies. In 2007 they decided to introduce a special live act in response to their enormous success. This resulted in them playing all over Europe, the USA and Australia within just one year.