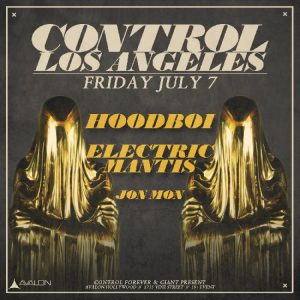 Hoodboi – Beginning in early 2014, Hoodboi gained widespread media attention with his club edits of 90’s throwback anthems. Since then, he’s toured across the globe with world-renowned DJs such as A-Trak, Dillon Francis, and Flosstradamus, premiered his official Chromeo remix on BBC Radio 1, released his debut EP “Palm Reader” on Fool’s Gold Records, and collaborated with artists like Lido, Djemba Djemba, Sweater Beats, Alison Wonderland, DJ Sliink and many others. In 2015, he co-founded Athletixx, a DJ crew made up of himself, Falcons, Promnite and Kittens. They quickly picked up massive support with the release of their first mixtape and clothing line. With many more surprises along the way, Hoodboi’s future looks bright and filled with emojis.