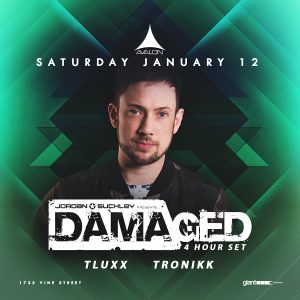 From an early age of 18 while attending university in Liverpool, Jordan won a DJ competition that let him play a gig at one of the clubs Cream, he hasn’t stopped since. After being picked up in 2009 by Black Hole Recordings, he has been on a rampage of touring around the world. With label releases ranging from ‘Damaged Records’ & ‘Subculture’ you are sure to be familiar with the Jordan Suckley sound. He has done major remixes for Tiesto, Armin Van Buuren, Paul Oakenfold and the list of superstars goes on. Straight off an Australia tour as well as coming back to the U.K as 3Fect one of his alias,he is sure to bring the firepower to the decks.