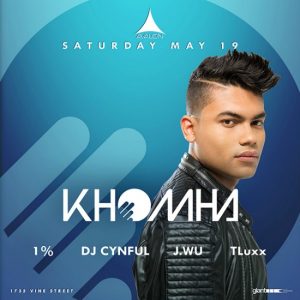 Colombia’s own KhoMha has been one of trance’s shining stars for sometime now, and has been a major innovator in bridging sub genres in his productions. Robert Alzate brings energy and passion to the stage each time he DJs and his producing skills. Raised in a town called Medellin, his rise in the trance ranks has been through consistency and grace. Gaining much support from Armin Van Buuren as well as releasing on Armada Music, KhoMha has earned his stripes as one of trance music’s many titans.