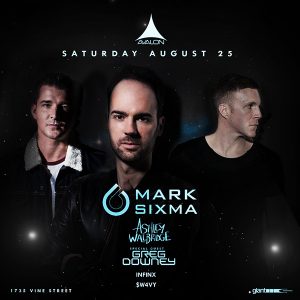 Mark Sixma is man whose music many Trance fans know by heart. Hailing from Breda, the Dutch city that provided the world of dance music with scene leaders such as Tiësto and Hardwell, he is responsible for some of the genre’s most revered anthems, as timeless as they are essential to any Trance and EDM enthusiast’s collection.

From his first notable forays into music production to delivering singeing records that proved invaluable assets to Armin van Buuren’s A State Of Trance radio show and meritorious mix albums, Mark Sixma has proven himself to be among Trance’s front-runners, remaining one of the only producers to knock himself off of the #1 spot in Beatport’s Trance charts, claiming both the #1 and #2 position simultaneously. His many productions in various genres of EDM have been released on top labels like Armada, Spinnin’ and Revealed and have gained support from the majority of top DJs in the world, including his collaborations with artists such as Armin van Buuren, W&W, Andrew Rayel and Emma Hewitt to name a few.

On the live front, the long-time producer turned DJ played some of the biggest venues worldwide, not to mention his electrifying performances at the world’s largest dance music festivals, such as Creamfields, TomorrowWorld, Dreamstate, A State Of Trance and Ultra Music Festival.

Between his sublime originals, monumental remixes for luminaries such as Armin van Buuren and Hardwell and his exhilarating DJ sets, it’s clear for all to see – and hear – that Mark Sixma belongs where he’s currently at. The very top of the Trance scene.