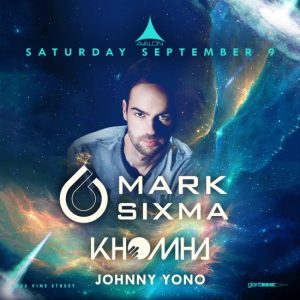 Mark Sixma hails from the now-famous Breda, the same Dutch city that produced Tiësto, Hardwell, and more. One of his first releases, ‘Destination 6’, received ‘Tune of the Week’ status on Armin van Buuren’s radio show, A State Of Trance, and was supported by some of the biggest names in dance music. Armin van Buuren selected Mark’s tracks for his annual, platinum-selling A State Of Trance compilation three years in a row. Mark has released on labels like Armada, Revealed, and Blackhole Recordings.