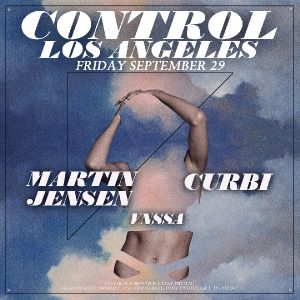 Danish producer Martin Jensen, who’s best known for his 2016 top ten hit ‘Solo Dance’ out on disco:wax. This DJ Magazine Top 100 artist is set to bring his Tropical House and Big Room EDM hits including ‘Si’ and ‘Night After Night’ to the AVALON dancefloor. As the first Danish DJ to be included on the Top 100 list since 2007, Jensen continues to turn heads internationally with his infectious sound. The audience is sure to dance the night away to his latest tune ‘Middle of the Night,’ which has already amassed over 15 million Spotify streams and is out on Virgin EMI.

UK producer Curbi, at just 18 years old has gained noteworthy attention from the likes of Diplo, David Guetta, Pete Tong, Tiesto and more. The music video for his debut release ‘Discharge’ exploded on YouTube with over 2.4 million views to date, attracting none other than Oliver Heldens who signed him to his label Spinnin’ Records. His most recent release, the Dash EP, is also out on the label and has been making major noise worldwide.