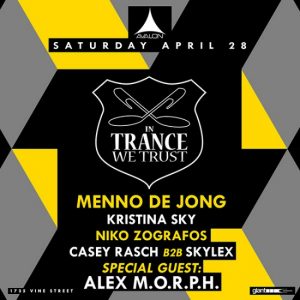 Trance DJ and producer, Menno de Jong. Based in Amsterdam, The Netherlands, De Jong has performed at major clubs and festivals worldwide. Some  including Tomorrowland, Electric Daisy Carnival, A State Of Trance, Amnesia Ibiza, Amsterdam Dance Event and over the years, developed an unwitnessed agility in performing. Even some marathon sets lasting over 12 hours.