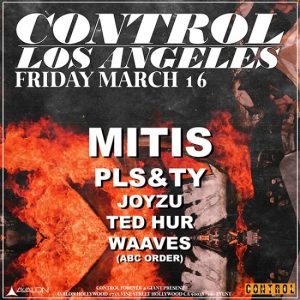 MitiS has been perfecting his special breed of piano-driven melodic bass since 2010. Brought up as a Classical pianist in Pennsylvania, MitiS, aka Joseph Torre performs a live set that combines his production chops and piano roots to get the absolute best of both worlds. He’s an artist in the purest sense, pouring his soul into every release. And as his vision of the world becomes more refined, so does his writing.

Torre says, “I just want to share good music, have it be through performance or a small, simple social setting. Music is what I do, I wouldn’t change that for anything. Have it be a Chopin piece playing in a hall, or a bass kickin the club’s ass, I’m down for either.”

He may be down for either, but really excels at a strong combination of both. “I find myself unable to stop making phat basses, heavy beats,and throwing melodies into the mix… I can’t think of anything else more appetizing; It’s the new age Classical.” Many a fan has told Torre that they can recognize a MitiS song by its first note, the supreme compliment for any musician.