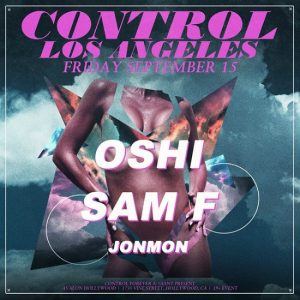 Joshua Brennan, better known as Oshi (pronounced ō•she or ŏ•she) is a London-based hip-hop and electronic music producer. He began producing in earnest in late 2013, and gained popularity in 2014 for his remixes, most notably his work on Justin Timberlake’s “Suit & Tie” and Justin Bieber’s “All That Matters.”His musical style is very similar to that of producers Sango and Dpat, with R&B and soul influences pervading a large part of his work. Mixes and collaborations with other Soulection members cemented the connection.