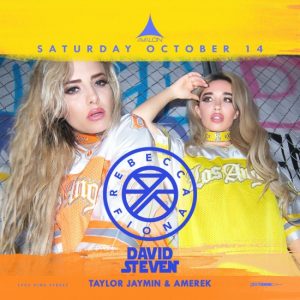 Swedish DJ duo Rebecca Scheja and Fiona FitzPatrick first started out in 2007, when they met at a party and decided to perform and produce music together. In 2010, they released their debut single “Luminary Ones” and in 2010-2011, they were the support act for Robyn, the famed Swedish singer, songwriter, and record producer. In 2011 and 2015, the duo won a Grammis award in the Swedish Music Awards for “Best Electro/Dance”. Rebecca & Fiona are signed to Ultra Records, Pope Records, and RCA and their most recent album was released in 2014, titled Beauty is Pain.