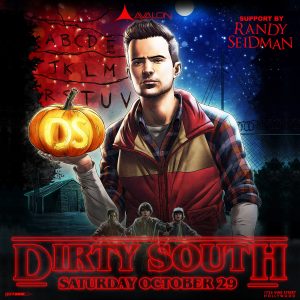 Dirty South – Dirty South, aka Dragan Roganovic, the world-renowned DJ, two-time Grammy nominated producer and global festival headliner, has been on a journey to challenge every conventional mold around the electronic landscape. His prior album, ‘With You’, shattered the model of modern-day music with its genre-bending collaborations and resplendent imagery, and his new album (set for a 2017 release) will be no exception either. Dirty South has collaborated with world-renowned producers,ranging from Alesso to Axwell who he shared the studio with in creating their Grammy nominated remix of Temper Trap’s ‘Sweet Disposition’. Dirty South’s productions have earned him several awards including two Grammy nominations and two ARIA (Australia) nominations. This year will see Dirty South dominate the international touring circuit following an endless roster of performances to date, including headlining gigs at Omnia Las Vegas, Avalon Hollywood, Tomorrowland, Storm Festival, Big Slap Festival, LIV Miami, Creamfields and more. With a credible label behind him and an unparalleled focus on his new album project, this year is moving fast for Dirty South, and there is no slowing down.