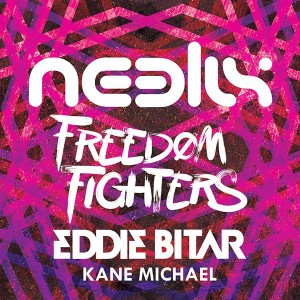 Neelix – Hamburg based artist Henrik Twardzik, better known as Neelix started to produce music in the early 1998. After DJing for some years he finally decided to create his own sound. His first track he recorded was “Neelix – The Fourth”, released on a NOVA TEKK compilation called Maverixx in 2002 which was followed by numerous releases on different labels from all around the globe. Untill now Henrik has released 3 albums and many singles. The third album “Same thing but different” is already released on Millennium Records. Besides Henrik also belongs to the founders of the hamburg based label Glamour Studios.

Freedom Fighters – Since 2006, Progressive Psytrance artist Freedom Fighters aka Shahaf (Sean) Efrat has been making dance floors tremble around the world. Since his humble beginnings in Tel Aviv, Israel, his name has gone from relative obscurity, to a massive threat on some of the worlds biggest festival stages. From Electric Daisy Carnival (United States) thru Hadra Festival (France), Maitreya Festival (Australia), Playground Festival (Brazil), The Gathering (Japan), Ommix’s Atmosphere Festival (Mexico), Groove Attack (Israel) to name a few. Not limiting himself to the confines of only psytrance, he draws influence from many genres which gives him a sound of his own. Over the course of his career, he has had the opportunity to not only remix, but work side by side with some of the scene’s biggest names. The likes of Astrix, Simon Patterson, Ace Ventura and Skazi, only make up a portion of a massive list. With these collaborations and remixes has come some massive results including anthem “Marshmallows” with legendary Captain Hook, which has gained over 1.5 million views on Youtube till date.

Eddie Bitar – Eddie’s first breakthrough came in January 2011 when he received his first major signing on Armada with his single “Drift” (a collaboration with Anjunabeats artist Genix). A chunky progressive base line and mysterious layered atmospherics this was the production that set the scene for what was to become the trademark Bitar sound. As the hype built it was Paul Van Dyk that came forward first to sign Eddie to his Vandit label. His opening two track EP for the legendary German trance imprint included the hard hitting club rippers “Beirut” and “Red Room”. An ode to the city he grew up in, “Beirut” perfectly translates the constant energy flow of Lebanon’s vibrant capital that often played host to 10,000 capacity trance events. The EP featured a remix coming from another icon from the scene Giuseppe Ottaviani and it drew wide support from Paul Oakenfold, Alex M.O.R.P.H, John Askew, Sean Tyas and John O’Callaghan. Soon Eddie’s services as a remixer were widely sought after – first remixing Paul Van Dyk’s single with Arty called the “The Ocean” which Armin van Buuren heavily supported – describing it as the record that “put Paul van Dyk back where he belongs”. Since then he has remixed for Bryan Kearney, Indecent Noise, SHato and Paul Rockseek and many more.