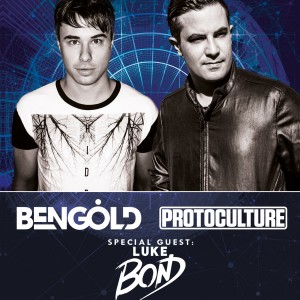 Ben Gold – Ben Gold DJ & ProducerGold by Name Gold by Nature, so let’s not talk about fiction and let’s focus on the facts… Ben Gold is one of the most prolific artists of his generation and at the tender age of 26 his sound transcends continents, performing across the globe from Miami to LA from Australia to Ibiza, with main room appearances at sell out events such as Bal en Blanc in Montreal, the prestigious ASOT celebration parties, Global Gathering, Creamfields and becoming the newly crowned resident of The Gallery held at the biggest super club in the World, Ministry of Sound.One of the most accomplished and skilled studio engineers in the business, his versatile ability casts a net far and wide with some of the most established employing his craft trade to define their unique sound.It all begun at the age of 15, self taught and highly motivated it took Ben just one year for his first original material to be signed to the biggest compilation of the moment “Trance Nation”. The industry began to sit up and take notice with leading albums such as the biggest selling European compilation “Dream Dance” snapping up his work to feature alongside some of the most established and respected producers from across the spectrum.It was clear to see a star in the making winning acclaim from luminaries such as Paul Oakenfold who signed him direct to the indelible Perfecto imprint and the UK leg of his Album tour, quoting “Ben Gold is a talented young producer and definitely one to watch out for in the future”

Protoculture – Only a few South African producers enjoy the success that DJ and Producer Nate Raubenheimer, better known to most as Protoculture, has had over the last 12 years of his career. Hailed by many of his piers as South Africa’s biggest dance music export, he has also left his mark on the international dance scene with his trademark blend of melodic and emotionally charged compositions and DJ sets.
Sucked into the art of music production at a young age, Nate made the leap to pursue a music career professionally after completing his studies in Audio Engineering at age 20, immediately taking the international psy-trance scene by storm. His international debut came at the United Kingdom’s famed Glastonbury Festival. With the release of his first artist album, “Refractions”, and the follow up “Circadians”, a slew of international performances ensued worldwide, seeing Nate travel to all four corners of the globe. From London to Tokyo, Sao Paulo to Moscow, Protoculture was a staple at psy-trance festivals around the globe, most notably at Glade in the UK, Universo Parallello in Bahia, Brazil, Earthcore Global Carnival in Melbourne, Australia and Ozora Festival near Budapest.