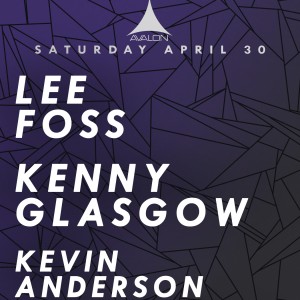 Lee Foss – Few DJs have made such a dramatic impact on the underground house and techno scene over the last few years as Lee Foss. Described by DJ Mag as “one of the most talented new forces in modern dance music today” and by fellow future house innovators Art Department as their favourite producer, Lee has firmly established himself in dance music’s collective consciousness. Lee and his Hot Natured band mates Jamie Jones and Infinity Ink are currently leading a whole family of like-minded producers that includes Richy Ahmed, WaFF, Digitaria, Robert James and Miguel Campbell, who are currently re-writing the rulebook of how to make evocative, emotive house music. In 2010 he was the highest new entry into Resident Advisor’s key Top 100 DJs poll, entering at number 38 and by 2011 he had climbed to number 18 in the chart, a huge feat given that he only played his first European gig in 2009. Having hit the UK charts with ‘Benediction’ as part of deep house super group Hot Natured, with genre-spanning hits such as ‘Electricity’ (with MK) and ‘Reverse Skydiving’ under his belt, alongside remixes of chart topping artists such as Rudimental and Lana del Ray, Lee Foss is one of the most exciting forces in modern house music. Not forgetting Hot Creations, the groundbreaking label he runs with partner Jamie Jones, which is arguably one of the world’s most innovative house labels. His unique sound, born out a lifelong love of classic house, 90s hip hop, 80s electro and Detroit techno, has earned him fanatical grassroots support from clubbers in both Europe and North America.

Kenny Glasgow – Kenny Glasgow is a North American electronic music pioneer, a role he’s held for over two decades. Though the Canadian star has spent the last 5 years as the half of the acclaimed duo Art Department, functioning as a musical engineer, composer of both music and lyrics, and vocalist, he is now returning to his solo roots. Before he started touring the world, releasing influential full lengths, headlining major festivals and gracing the cover of taste making magazines with Jonny White, Kenny Glasgow already had a cult and loyal following dating back to the early nineties! Glasgow first became immersed in the scene as a promoter, putting on illicit warehouse parties in his native Toronto before progressing to become resident at acid house mecca The Buzz and later the world famous Industry Nightclub. It was there that he picked up a sense of what worked dance floors, both in terms of DJing and production. Always putting these lessons to great use whether solo or with Art Department, his own emotive, tortured sounding and unique gravelly vocals have very much become his trademark.

Kevin Anderson – Kevin Anderson is a living party, that manifests itself inside the music and vibe when he DJs. Driven by a deep seeded passion for house music, Kevin understands that those roots lie in the party.