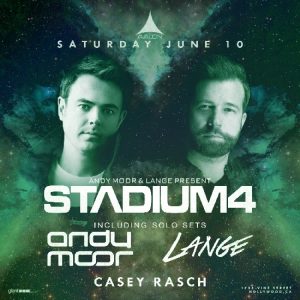 Andy Moor – Grammy-nominated Andy Moor is an icon in the electronic dance music industry. Undeniably one of the most respected producers in the genre whose substantial talents and work ethos have earned him a catalogue of accolades. Recently nominated for the 2009 DJ Awards, Andy is currently rapidly scaling the DJ Mag’s Top 100 @ 15th. Named Best Trance Producer and Best Trance Track at the 2004 Trance Awards, Best Dance Record at the 2006 International Dance Music Awards, Andy received his Grammy nod with a magical remix of Delerium-Angelicus in 2008. Despite his impressive fan base, Andy remains humble and serious about his craft. His producing and remixing magic has already set fire to the work of celestial artists Britney Spears, Avril Lavigne, Paul Oakenfold, Brian Eno, Tiesto, Arthur Baker and Nadia Ali, to name but a few. This follows enthusiastic acclaim for his albums Explorer with Tilt, and Common Ground with Leama & Moor and the highly anticipated artist album due for release in early ‘10. Andy Moor’s last remix, Nadia Ali – Love Story soared to the climatic #1 spot on Billboard Breakout Chart, the Billboard Dance Chart and Beatport Trance. Not to be outshone, this summer’s collaborations with Ashley Wallbridge on Faces and Stadium Four with Lange are receiving the highest possible acclaim and support from the industry. Up next is the highly anticipated follow up Delerium remix, released on the self-titled album early 2010. A new mix compilation series, Breaking the Silence has just been released on his own record label AVA recordings, capped by a world tour. AVA recordings has gone from strength to strength, beginning life in 2006 to become one of the leading labels in the scene today. A landmark on the tour scene, Andy mesmerizes clamoring EDM fans with his technical ability, turntable skills and creativity. Mixing with a white-hot sense and individual style, it’s not difficult to understand why Moor’s talent is so much in demand. Moor Music Podcast, Andy’s iTunes-available radio show, defines the essence of EDM with a cult following responsible for more than 150,000 downloads per episode. Moor began his journey at an early age. At five he mastered his first piano piece. Six additional musical instruments by the age of eleven, he later spun his first record at the age of thirteen. Twenty-one saw him dominating stages the world over and now at the experienced age of twenty-nine, he is considered a veteran in the industry. Humility and raw talent have proven an undeniable attraction to fans and novices alike. His work is identifiable and his ethic authentic. Andy Moor’s future is definitively unlimited.

Lange – Lange is recognized as one of the most influential dance artists of the past decade; a DJ who has remained at the forefront of the scene throughout his career and a producer that continues to push all boundaries. After an exhausting list of achievements, counting among them 20 UK top 40s, featuring on a film soundtrack, and remixing mainstream artists such as The Pet Shop Boys and Faithless, Lange remains one of the world’s leading EDM producers. Alongside Lange’s exceptional and successful studio work, he is a prolific international DJ, making appearances for some of the best club brands in the world including Insomniac, Cream, Godskitchen and Gatecrasher as well as performing for prestigious events such as such as Tomorrowland, EDC, Global Gathering, Sziget, Balaton, and ASOT and marked by his sustained appearance in the influential Top 100 DJ Poll for 8 years and rising to no. 6 in the well supported Tranceaddict Top 250 Poll. His eclectic, stimulating and driving sets pull influences from across the dance music spectrum from trance, progressive, techno and electro; he is an exciting performer that keeps the crowd buzzing for more. Lange is one name in trance that has continued to reinvent himself to take on the evolving dance scene and show any aspiring new comer how to be an industry leader through pure talent alone.