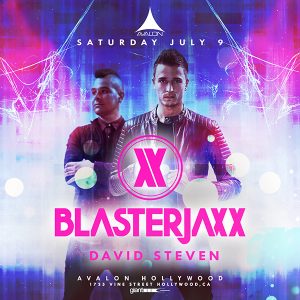 Blasterjaxx – In 2012, Blasterjaxx was able to show their true nature and proved to be everything but an ephemera. Together with D-Rashid they produced the Reborn EP with two tracks: Reborn and Where We Go. An EP-name with a story behind it, for this EP is in fact symbolic for Blasterjaxx’ renewed sound, which they want to introduce and conquer the worldwide audience with. A rebirth that eventually turned out to be a bombshell, because none other than Laidback Luke was eager to sign the tracks at his own label: Mixmash Records. It was only clear how much damage the tracks would be dealing after they were released in December. Where We Go reached #98 in the Beatport Electro Charts Top 100 after only one day, and after only one week, both tracks respectively reached #14 (Where We Go) and #16 (Reborn). The EP even took first place in the Beatport Top 100 Releases! A huge success complemented by the support of magnitudes like: Tiësto, Laidback Luke, Diplo, Steve Aoki, Dada Life, Robbie Rivera and more!Despite numerous hits, releases and novelties, this is yet the beginning of Blasterjaxx. The right question to ask is not if they will break through, but when they will break through! Keep ears and eyes open people, because Blasterjaxx is the future!

David Steven – From Los Angeles, David Steven, AKA “Davey Dave” originally burst onto the scene as UBERZONE’s live show partner. He has captivated audiences worldwide with his dirty bass-filled blend of vicious electro house-tastic beats. Watch carefully when David hits the decks as he sharply brutalizes every knob, button and fader, often playing with the CDJ decks on their sides, vertically. With a new solo journey ahead terrorizing stages worldwide, David Steven is one to watch this year.