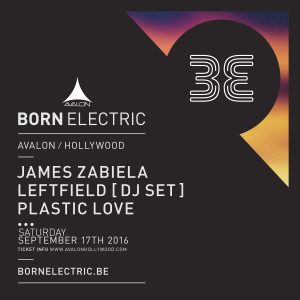 James Zabiela – Space, the final frontier. As the smartest club in Ibiza opens its doors to welcome in their shiny new resident, James Zabiela just smiles and blinks a little. See, the ride here has been kinda fast. And while its been a relatively bump-free trip to acceptance and ubiquity, it’s still blinkin’ quick. Two years ago, James Zabiela popped his Balearic cherry by warming up for Sasha at the place the island calls Inside At Space. Wowing the crowd – and We Love boss Darren Hughes – with two hours of snappy, synth-fixated, breakbeat action – it was a defining moment in his DJ career. Two years later, he’s now the club’s new bi-weekly resident. It’s official. Now “that’s” what I call progression. Knowing what a great track should sound like – and the place it can be taken by warping and twisting it – is James Zabiela’s forte. Layering different sounds with the aid of two Pioneer CDJ1000s, a Pioneer DJM600 and a pair of trusty Technics 1210s, his hands and ears don’t let up for a second, leaving any punters feet a-moving and mouth a-gap. And his demands for such kit wherever he spins is a reminder that he’s one of the scant few DJs who’s pushing things forward in 03. James’s style is trippy, bleepy and deeply – nay, downright – groovy. Oh, and watch out for a few gnarly basslines along the way. Those nasty, dirty sounds are a part of Jay-Z’s signature sound now. Scratches, loops, fluttering chord changes and are all par for the course in a Zabiela set. No wonder childhood idols Depeche Mode remain his heroes – like fellow tech-house don Mathew Bushwacka!, they all understand that the best electronic music moves both heart and feet. And if the magic’s there, the spirit will fly as well. And boy does this boy soar.

Leftfield – An electronic band formed in 1989 in London, United Kingdom. From 1989 to 2002, Leftfield was a duo of artists and record producers that consisted of Neil Barnes and Paul Daley. In January 2010, Barnes resurrected the band name and Daley has declined to be involved. They are pioneers in the fields of IDM and progressive house, being among the first to fuse house music with dub and reggae. As with many of their contemporaries such as The Chemical Brothers and Underworld, Leftfield pioneered the use of guest vocalists throughout their career. Among the more prominent were Toni Halliday (of Curve), who sang on “Original”, Djum Djum on “Afro-Left” and Earl 16 and Cheshire Cat on “Release the Pressure”. Neil Barnes’ entry into the music world was as a DJ at The Wag Club while simultaneously playing percussion instruments. Around 1989, inspired by Afrika Bambaata, Barnes decided to try his hand at electronic music production. In 1990, he released the single “Not Forgotten” on the Rhythm King label. It was followed by “More Than I Know” in 1991.

Plastic Love – Plastic Love began in the summer of 2010 through collaboration between friends Bas Elgharib and Jimmy Maheras. Based in Los Angeles and taking creative inspiration from both East and West coast roots, Plastic Love brings you the finest in disco, house, techno, acid and everything in between. Together Bas and Jimmy have been able to express their unique sound with residencies in some of LA’s most iconic clubs (none other than Avalon, The illustrious downtown Standard Rooftop, The Vanguard, and Basic). The duo also showcases an eclectic mix of local and global artists through their own series of weekly radio shows and accompanying podcasts, Plastic Love Radio.