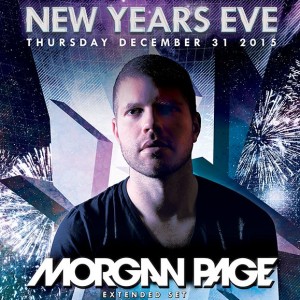 Tickets – Click Here [Use Coupon Code: NOGL for 10% off!] | Guestlist – Not Available

Morgan Page – Versatility remains the key to longevity. Any artist must be able to deliver regardless of the setting, whether it’s in the studio or on stage. For Morgan Page, it doesn’t matter where he is. His number one concern is sharing quality music. As an artist, DJ, songwriter, and even radio show presenter, he continually offers a unique and undeniable perspective, evolving with the times. No matter what he’s working on, he delivers for the audience. Page has become a seismic presence at festivals such as Coachella, Electric Daisy Carnival, Big Day Out, and many more worldwide events. In 2012, he was nominated by the IDMA’s in the “Best American DJ” category alongside Skrillex, Kaskade, and Deadmau5. Two Grammy Award nominations are credited to his name, and his 2011 full-length album, In The Air, debuted at #1 on Beatport’s “Top 100 Albums” Chart and #6 on Billboard’s Heatseeker’s Chart, while the single reached #1 on the Billboard Hot Dance Airplay Chart and resided in the Top 10 for a staggering 25 weeks. With all this along with sales figures that put him over 600,000 digital track sales and YouTube views that surpass 19 million, it’s no wonder the Wynn Las Vegas tapped him for a prestigious residency in 2012 and Sirius XM gave him his very own radio show—aptly titled “In The Air” (on its 162nd episode and counting.) Even with all of this, he shows absolutely no signs of stopping. As a veritable tastemaker, this trailblazer is now taking EDM to new places altogether.

Gabriel and Dresden – A shared passion for music brought Gabriel & Dresden together after a chance meeting on a Miami rooftop during the Winter Music Conference in 2001. As a duo, the two fit like some kind of creative yin and yang, quickly rising to the top of the electronic music genre and winning the coveted “Best American DJ” prize twice by the International Dance Music Awards (IDMAs) as well as creating a dominating string of timeless hit songs and remixes in the studio. Conjuring an artful amalgam of trance, techno, house and pop that transformed the landscape of 21st century EDM; Josh Gabriel, with his formal training in music composition from California Institute for the Arts and the Netherlands’ Institute of Sonology, and Dave Dresden, with an esteemed club DJ career that included work as a Billboard club chart reporter, music director for a prominent online radio station, and a curator for the legendary Pete Tong’s Essential Selection, struck a genuine synergy that captivated listeners around the world.