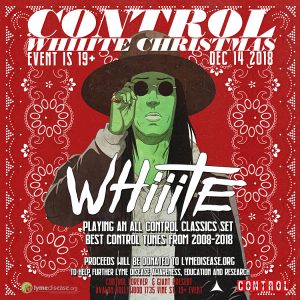 Producer/DJ Chris White, better known as Whiiite, is well known for his heavy-hitting electro house and hip hop style. He’s gained recognition from a wide range of industry staples including Skrillex, 12th Planet, and Missy Elliot to name a few. In addition to his musical talent, he’s also developed some striking visual components that he incorporates into his craft. Over the years, he’s worked to create a superhero persona that syncs up with his EPs to tell the grand stories of Whiiite. The stories are presented as a graphic novel and explore powers, villians, trials, and more. Whiiite’s sets are more than just music – they’re immersive visual experiences that one won’t see anywhere else.