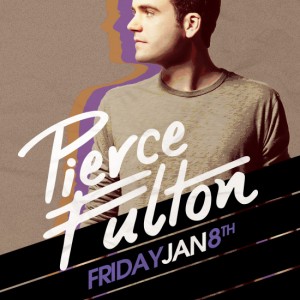 Pierce Fulton – There’s not much to do in Vermont…Though the combination of cold weather and small isolated towns do force an extremely bored kid to get creative.Now it’s 1998, picture Pierce at 6 years old, sitting on a tiny guitar amp with similarly tiny guitar in hand, begging his parents and family friends for song requests. Long before his time as a DJ, he was pleasing crowds (though much older) with covers of all 60s-70s era classic rock, having no idea what kind of impact this would have later. Fast forward a few years and those song requests turned suggestions of various genres and eventually different instruments. A quick ear helped him in first picking up the guitar as a child and later moving onto drums, piano, trombone and more. Pierce has always had this fascination for taking a concept from one instrument or genre and applying it to something new, an activity that would later define the core of his music.