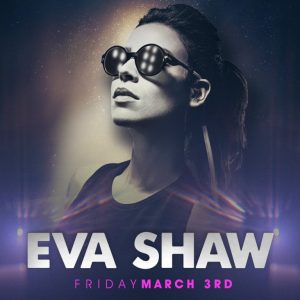 Eva Shaw – Canadian born Eva Shaw is internationally recognized as an innovative multi-talent. She has enjoyed success in the world of fashion as a model before she made a name for herself in the music industry as a music producer, writer and DJ. Eva Shaw began her career in New york city. She quickly began to expand all over North America, performing on the mainstage at music festivals such as Ultra , as well as landing residencies in premier nightclubs such as Hakkasan and Omnia Las Vegas. The greatest kick off a producer could ask for , happened to Eva as her first release ‘Charizma’ was signed by Calvin Harris to his own label Fly Eye which was also premiered by Tiesto on his world renowned ‘Club life’ podcast.