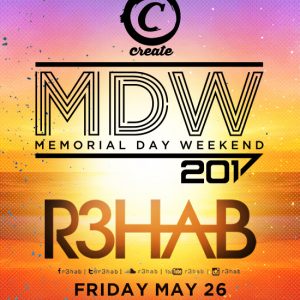 R3HAB – Fadil El Ghoul better known by his stage name R3hab, is a Dutch DJ and record producer of Moroccan origin. Alongside Afrojack and Chuckie, R3hab is one of the proponents of the modern Dutch house subgenre, although his style and sound at the time were usually darker, somewhat reminiscent of early psytrance or gabber compositions. During the 2012 WMC in Miami, United States, R3hab won the IDMA Best Breakthrough Artist Award.