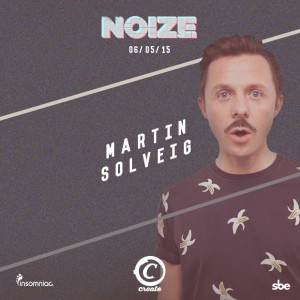 Martin Solveig – After years honing his craft on the French clubbing circuit, 2011 saw Martin Solveig achieve true international superstardom. Selling over two million copies of his hit single “Hello” earned him global recognition and put him on the 2012 billing of some of the world’s biggest festivals such as Ultra Music Festival, Coachella, Tomorrowland and Electric Daisy Carnival among others. Producing six tracks for Madonna’s 2012 “MDNA” album, before accompanying the Pop-Queen on multiple dates across her world tour, 2013 saw Martin challenge his creativity in more spontaneous ways, working with newcomers such as “The Cataracs” and young rapper “Kyle” to release one of 2013’s summer anthem’s “Hey Now”.