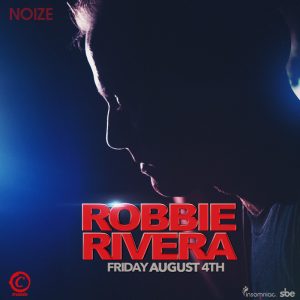 One of the first to popularize the tough, sexy tribal house sound, Robbie Rivera is a living legend who remains at the top of his game. His Juicy Music empire has signed a partnership with Armada in Amsterdam and the prolific producer has been releasing music this year on the world’s best labels like Spinnin Records, Armada, Axtone, Juicy Music, Doorn and Ultra Records.