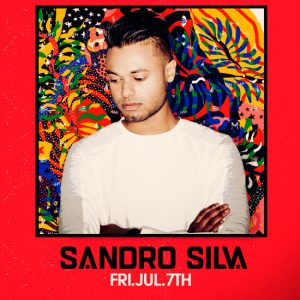 Sandro Silva – The magic from young Dutchman Sandro Silva is the future sound of electro. Blazing hot with releases on Big Beat, Spinnin’, Ultra, Dim Mak, and Armada, and pounding the stage at EDC Las Vegas, Electric Zoo NY, TomorrowWorld, Amnesia Ibiza, and many more of the world’s elite hotspots; his presence is undeniable. The road he’s taken to the top is a fast one, but there are no brakes in sight for his musical career. Sandro Silva filled a gap in the dance music world. Guided by the main man Tiesto, he let his own natural talent shine. Silva reached breakthrough status when his track ‘Epic’ (a collaboration with Quintino) was released on Musical Freedom. The tune crashed global charts and was certified platinum in Holland and Gold in Belgium. Since then, Silva has done two weeks in a row at Tomorrowland, TomorrowWorld, ULTRA in Miami, UME and Escape from Wonderland to name a few events. With a Lights residency in Las Vegas, shows in Ushuaïa Ibiza, and a spot at the Sziget festival in Hungary, it’s safe to say he has effectively toured the globe.