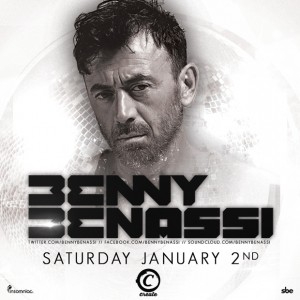 Benny Benassi – Emerging from Italy, world class DJ & producer Benny Benassi is a name needing little introduction but deserving of wide acclaim. Having built a career and reputation spanning over a decade, this humble, authentic and charming musician has grown from club DJ to festival king to multi-million selling record producer with grace and ease taking success in his stride. Having trademarked his unique infusion of house and electro early on, his music continues to inspire and evolve whilst still remaining true to the very core of the Benassi sound. There is no better place to start delving into the rich history of the Benassi career than with his global smash “Satisfaction”. Spiralling this Italian DJ from local hero to international success overnight, “Satisfaction” and its game-changing music video were the first real step into stardom for Benny. Created with his cousin and producer, Alle Benassi, and inspired by the car horns outside an open street facing window. Kicking off in Europe the single graced the charts with a #1 in France, #2 in the UK and Germany. Surely then it comes as no surprise his debut album ‘Hypnotica’ naturally followed suit, reaching top 20 across nearly all parts of Europe within the first month of release. It also landed him the title of “European Border Breakers Award” for most record sales for an Italian album outside of Italy.