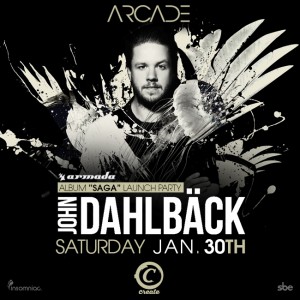 John Dahlback – Tech-house producer John Dahlbäck was born in Stockholm, Sweden, in 1985. At a very young age his family moved away to a smaller village outside of Stockholm, where the young Dahlbäck learned musicianship from his parents and immediate family, all of whom are musicians. His older cousin Jesper (an accomplished producer and DJ in his own right) got Dahlbäck involved in electronic music production, and his debut 12′ was issued on the cult Chicago house label Deep4Life in 2002, when Dahlbäck was at the tender age of 17. Several dozen productions and remixes followed on many esteemed labels (including Germany’s Kompakt under the guise of Hug), and his prolific output even eclipsed that of his older cousin. In 2005 he released his debut full-length, Man from the Fall on Systematic Records, and a second full-length, Shades of a Shadow, followed only weeks later on Little Angel Records. He also runs and operates the dirty house/techno imprint Pickadoll Records out of Germany. A full-length album entitled At the Gunshow is slated for release in the fall of 2006.