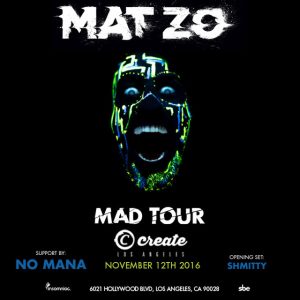 Mat Zo – Matan Zohar was born into an artistic family in London, England. When he was a year old his parents separated and Matan and his brothers were taken by their mother, a classical violinist, to live in the United States. A decade later Matan made the decision to return to the UK to live with his father, a painter. It was there that Matan, who had shown signs of being a musical prodigy from a young age, taught himself to create and produce electronic music before he was eventually discovered and picked up by the Anjunabeats label.