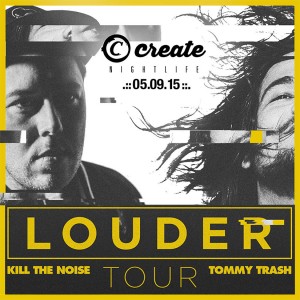 Kill The Noise – Jake Stanczak, known by his stage names Kill the Noise and Ewun, is an electronic music producer from Rochester, New York. He co-owns the label Slow Roast Records alongside DJ Craze, which is distributed by Fool’s Gold Records.