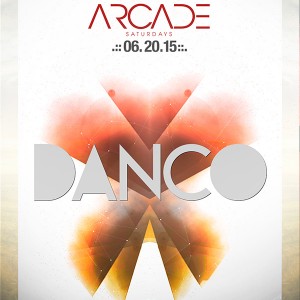 Danco – A Swedish born DJ, grew up in the middle of house music culture and roots in Europe.  After moving to Los Angeles in 2014, he brought that culture with him every time he stepped behind the decks.  DANCO’s journey took him to the booming scene in Las Vegas, where he’s been based for the last three years.  During his tenure on the Strip, he was a part of the city’s dance music transformation as well as some of the biggest shows Vegas had to offer, sharing the decks with world-renowned talents such as Tiesto, Avicii, Steve Angello, Alesso, Kaskade, Eric Prydz, Sebastian Ingrosso, Erick Morillo, and many more.  Most recently, DANCO was the closing act at the SLS South Beach Miami Music Week series of events in both 2014 and 2015.