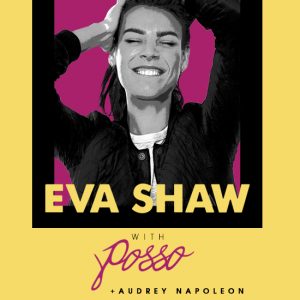 Eva Shaw – Dutch Canadian born Eva Shaw quickly made a name for herself in the electronic dance scene after beginning her DJ career in NYC. She developed a solid fan base by headlining the top nightclubs in NYC. Shortly after, Eva expanded quickly all over North America, playing at premier venues including a residency at Hakkasan Las Vegas. In addition to headlining the top nightclubs, she quickly began performing on the main stages of top festivals around the world, performing for tens of thousands of fans. Now releasing her original productions supported by Tiesto, Calvin Harris, Hardwell, David Guetta, Afrojack and many more, she is catapulting into the next level. Eva’s first release, ‘Charizma’, was signed by Calvin Harris’s label Fly Eye and premiered on Tiesto’s ‘Club Life’ radio show. This was followed up by her club hits ‘Get Down’ (Spinnin) and ‘Space Jungle’ (Skink). Both hit Beatport’s Top Ten immediately and have been widely supported by every major DJ. Both records were premiered by Hardwell on ‘Hardwell on Air’ and by Pete Tong on BBC1. Eva’s new track ‘Moxie’ (WALL) was premiered at Ultra Music Festival by Afrojack. Her other brand new release is the remix for David Guetta & Showtek – ‘Sun Goes Down’ (Warner). Her heavy drops and bass driven sound continues to make dance floors go wild at every show. Fans love watching her smiling face and enthusiastic energy on the decks.