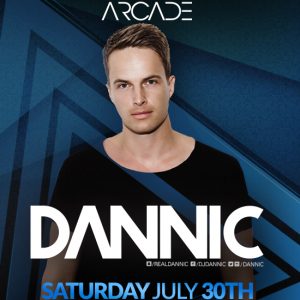 Dannic – Dannic, the highly prodigious DJ and producer from Breda in the Netherlands – the hometown of Tiësto and Hardwell – is one of the hottest acts to have emerged from the new generation of Dutch artists breaking through in recent years. His phenomenal rise to #26 in the 2015 DJ Mag Top 100 DJ Poll, a 4 place rise after a sensational jump of 34 places in the 2014 poll to #30, following his #74 debut back in 2013 confirms to tastemakers that he is set to remain a driving force within the scene. Surging his way to the forefront of the booming electronic scene and making his mark not only on Revealed Recordings throughout his career but also blazing a trail with the launch of his own imprint FONK Recordings, Dannic has managed to cast off previous associations and step forward as a respected artist in his own right, repeatedly blowing away fans with a slew of sensational releases, collaborations and of course, titanic DJ shows.