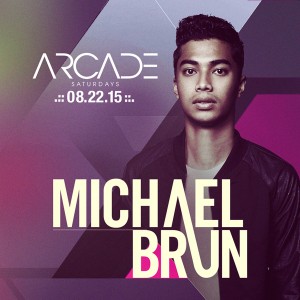 Michael Brun – A Haitian DJ, record producer, and medical student. Known for blending EDM genres such as progressive house with native Haitian styles such as kompa and rara, he released one of his first singles on Hardwell’s Revealed Recordings in 2011. He later went on to work with Dirty South, and Brun released his debut Gravity EP in 2013. The EP reached No. 2 on the Beatport charts, directly underneath Avicii. He founded the record label Kid Coconut in 2014, which beyond Brun’s solo releases will “seek to showcase and develop Haitian artists who would otherwise lack access to such exposure.” Currently based in Miami, Brun tours frequently, performing at festivals such as Coachella. In 2014 he became the first Haitian to play at Ultra Music Festival, and also in 2014 he was nominated for World’s Best EDM Artist at the World Music Awards.