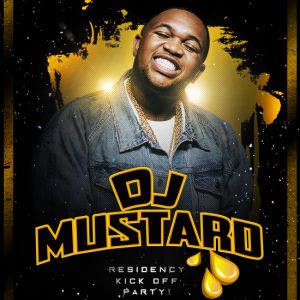 DJ Mustard – The progenitor of what he terms ratchet music (what others might call strip club anthems), DJ Mustard (Dijon McFarlane) is a rap and R&B DJ and producer from South Central Los Angeles, California whose 2010s rise is attributed to a simple, hypnotic sound. He started with YG, as heard on the 2010 mixtape The Real 4Fingaz, but his first big hit came the following year with Tyga’s “Rack City,” which reached number seven on Billboard’s Hot 100 chart and went double platinum.